Home//Insights//Blog//Benefits of a Proactive QMS Approach

Benefits of a Proactive QMS Approach

Both Quality Assurance (QA) and Quality Control (QC) are essential to any client-facing business. Certainly, your organization should be employing both. However, your primary focus should be on a proactive QA approach.

First, you may wonder, “what is the difference between these two?”

That is a fair question. After all, they sound pretty similar, both have to do with quality, and you often hear people lump them together as QA/QC. But there is a difference, and it’s important to distinguish between the two when building a Quality Management System (QMS) for your company, your team, or your current project.

In a nutshell, QA encompasses the processes and methodologies you use to make sure that the deliverables you produce are created in a quality manner from the start. QC takes place after a task or deliverable has been completed and includes checklists, red lines, and other ways to check the deliverable to ensure it meets your required quality standards.

Many companies say that they have a QA/QC process when what they mean is they have a QC process. They are being reactive rather than proactive and are only catching mistakes once they have been made rather than preventing them from being made in the first place. In the end, that will cost your company more money.

You’ve heard that an ounce of prevention is worth a pound of cure. A similar rule, called the 1-10-100 rule, used in manufacturing predicts that it costs exponentially more money to identify and correct errors the longer it takes to find them.

Now you certainly realize the importance of focusing on the QA side of the process. So, how can you build your QMS with that in mind?

Realize that a QMS is a behavior-based program that works best with a flat organizational structure. Everyone in the company should be involved, invested, and empowered to participate in the system. Taking that into account, involve everyone from the beginning. Work with people to pinpoint where errors often occur in your current process. Generally, people will have some individual strategies that they are already using, and they can be an excellent place to start. They may also give insight into some blind spots that people currently have. Take each person’s process with a grain of salt, and don’t copy any one method completely. You want to create a system that works for everyone, not a single work style or position.

This QMS should address every step of the process you use to create your product or deliverable. Have standard operating procedures specific to the steps and the roles that people play during that step, but also take a step back and look at the system as a whole so you can build in redundancies and not let anything slip by because you’re focusing on the trees rather than the forest. Pay special attention to building in checks at every stage, allowing you to catch mistakes as quickly as possible. Bring in multiple people if possible – it is much more difficult for individuals to see mistakes that they made.

What if you already have a QMS system but are interested in shifting your focus to align more with a QA process?

Identify where the most common and most damaging errors happen in your process and when they are usually corrected. Try and move that timeline backward, even if it is one step, by adding a check for those errors earlier on, or ideally, at the stage that they are made. This can be as simple as asking a teammate if a calculation is correct before moving on. Tackle each of those errors one by one and keep moving the timeline so, eventually, as many mistakes as possible are caught almost as they happen.

What if a mistake has already happened?

It’s true that many major QMS failures have multiple factors or misses that contribute to the resulting problem. But, whether it boils down to one issue or multiple, the root cause of quality incidents will usually fall into one of the three “C” categories: Communication, Compliance, and Care. A successful QMS system is team-based and having a cohesive team is vital.

The easiest way to shut down your team dynamic and create a culture where mistakes are hidden is to focus on people rather than the problem. Instead, acknowledge that quality issues result from a process failure, not the people. Generally, people come to work with the intent to do a good job, and focusing on who is at fault will deflate the whole team and end up obscuring the source of the defect in a poor system. You should ask how the organization can improve the process so the outcome is consistently good.

How do I build a culture of quality?

For your QMS to be successful, build a culture where people help and support each other, respect each other’s ideas and abilities to improve continually and hold themselves and each other accountable.

Here at SAM, our core value of Excellence in Service is not accomplished solely by any great leader or project manager. Excellence in Service is achieved by great teams working together, helping, supporting, and respecting each other’s ideas. We hold ourselves and each other accountable to improve continually. Learn more about how our innovative solutions and technical expertise can help you. 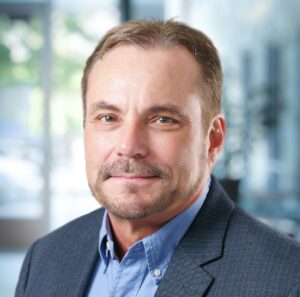 The Datum Dilemma: Why you should care about the 2022 NSRS

Top Five Things to Look for in a Great Employer